A further 172 homes were tonight approved for Ebbsfleet Garden City.

Countryside was given approval for the homes in the final phase of its scheme at Springhead Park, bringing the total it will build there to 799.

As well as a new park there will be an outdoor gym called a trim trail and allotments will also feature in the scheme. 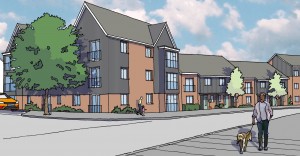 Countryside was one of the first developers in Ebbsfleet Garden City and the Springhead Park area is now well established with its own children’s park and community centre.

Ebbsfleet Development Corporation, which is overseeing the regeneration of the Garden City, is also building a new bridge which will link the area directly to Ebbsfleet International and reduce walking times to the station for residents.

Ian Piper, Chief Executive of Ebbsfleet Development Corporation, said: “Whilst this latest phase from Countryside compliments the existing Springhead Park area it also represents a use of materials and detail which will provide a contemporary and good quality range of two, three and four-bedroom homes for Ebbsfleet Garden City.”

Iain McPherson, regional Managing Director, Countryside Properties New Homes and Communities South, said: “Given our great success in the community to date, we are looking forward to further establishing Countryside’s offering at Ebbsfleet Garden City, both with the launch of the final phase of the Springhead Park development and our new joint venture in Eastern Quarry. Ebbsfleet Garden City already boasts unrivalled transport networks nearby; and now with the new bridge, our residents at Springhead Park can connect even more quickly to the station.” 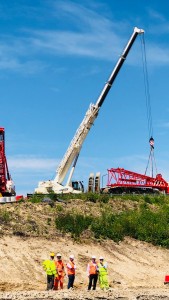 The bridge, funded by Ebbsfleet Development Corporation, will run from Springhead Park to Station Access Road, above the River Ebbsfleet.

The 87 metre-long structure will have access for all vehicles across two lanes as well as pedestrian footpaths and a cycle path.

Springhead Bridge will reduce travel times on foot from Springhead Park to the station from 25 minutes to just eight minutes and is set to open in 2020.

Countryside recently announced it would continue its commitment in the Garden City in a joint venture with housing group Clarion for 2,600 homes following the sale of Eastern Quarry to Henley Camland.

Five per cent of the homes will be available at affordable rent and 20% for shared ownership in Eastern Quarry.