Ebbsfleet Garden City is marking a milestone with the completion of its 2000th house.

The home was completed in Castle Hill by developers David Wilson and has already been moved in to – by a woman who now lives a around the corner from her daughter who moved here last year.

Ebbsfleet Garden City now has nearly 5,000 residents and as well as a primary school, two more will open this September and plans are in for a major primary and secondary education campus.

A second pub and hotel has also been approved for Ebbsfleet Garden City and a new bridge which will link residents with Ebbsfleet International will open in the Spring.

The 2000th home owner, Sylvia Lewis, 53, fell in love with the area and was so taken by it she quickly followed her daughter Kadie Jones-Lewis, 32. 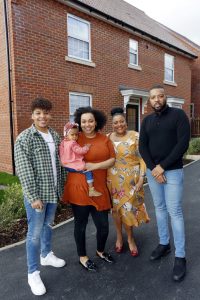 Sylvia, who runs two children’s nurseries, said: “From the moment I first came to visit Kadie, I could see what Ebbsfleet Garden City could offer me was a whole new lifestyle.

“I felt so stressed in London, but here, people say hello and good morning, they want to talk to you and it’s a world away from where I was.”

Sylvia decided to immerse herself into Ebbsfleet Garden City life and has already become a member of Ebbsfleet Development Corporation’s new community board which will advise the main board on community matters.

She added: “I feel very safe here and it’s very easy to relax. I have a granddaughter, Anaya, who is almost two and I can’t think of a better place for her to grow up.

“She was part of the reason I chose Ebbsfleet Garden City. I wanted to be near her and see her grow up.

“I feel like I’ve won the lottery with my move here. My next plan is to set up a nursery in Ebbsfleet Garden City so I can live here and work here.” 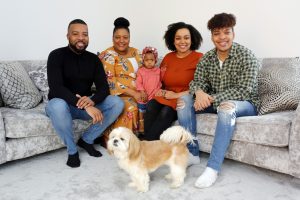 Sylvia has moved to Ebbsfleet Garden City with her sons, Nathan and Karl and is now just a stone’s throw from her daughter.