Our board is responsible for ensuring that the Corporation:

Our Chief Executive is also a board member. 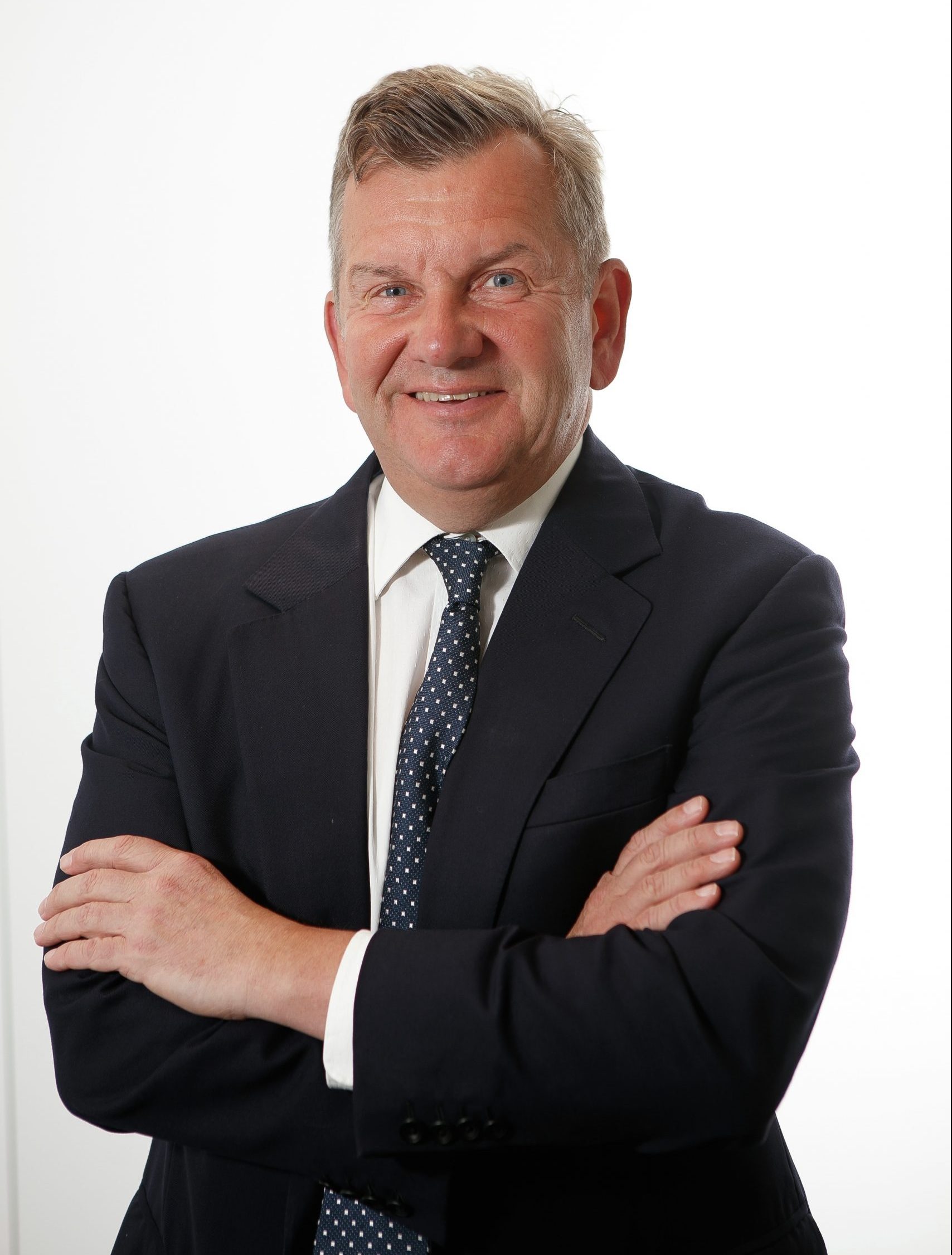 Following university, Simon went into finance having a 30 year career working for HSBC, Svenska Handelsbanken, being a partner of his own structured finance advisory business, a Managing Director in Fixed Income at Citigroup Global Markets and then spent some years in private equity. Simon has an expertise in infrastructure finance, having worked extensively on the £16 billion take-private of the airport operator BAA (Heathrow airport) in 2006 and leading the refinancing of it in 2008; which concluded just before the Global Financial Crisis. Simon went into local government in 2007, becoming elected Lead Member for Finance and then Leader of the Royal Borough of Windsor and Maidenhead (RBWM) between 2007 and his stepping down in 2019 (following four successful election campaigns). During his time as Leader of RBWM, Simon was instrumental in advancing their Borough Local Plan and establishing two joint ventures with Countryside Properties and Cala Homes as part of the regeneration of Maidenhead town centre. Simon became a non-executive director of Homes England in 2017, becoming Senior Independent Director and then Interim Chair between the Summer 2019 and the Autumn of 2020. Simon has founded two free schools; one a state boarding school called Holyport College which he founded with Eton College and another called Forest Bridge School which is a special free school for children on the autistic spectrum.  Simon’s approaching five years on the Board of Homes England came to an end in October 2021. In September 2021, Simon became Chair of Square Roots Registered  Provider Limited, a new London focussed affordable housing provider and subsidiary of the London based housebuilder London Square. Simon enjoys to relax by keeping fit, cycling, golf, skiing, walking and fishing. 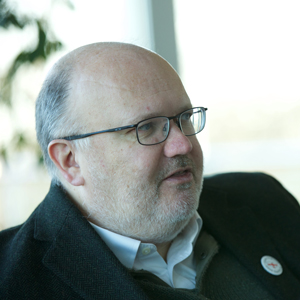 Jeremy Kite has been Leader of Dartford Borough Council since 2006 and a member of Kent County Council since June 2009, where he is a deputy cabinet member. Jeremy is a director of Dartford Football Club and the Leigh Academies Trust. He has a particular interest in community-friendly architecture and has worked with designer Wayne Hemingway on a housing development at The Bridge, architect Ken Shuttleworth on the creation of the Dartford Dojo and his council was responsible for commissioning the ecological award winning football stadium at Princes Park. He was awarded an MBE in 2013. 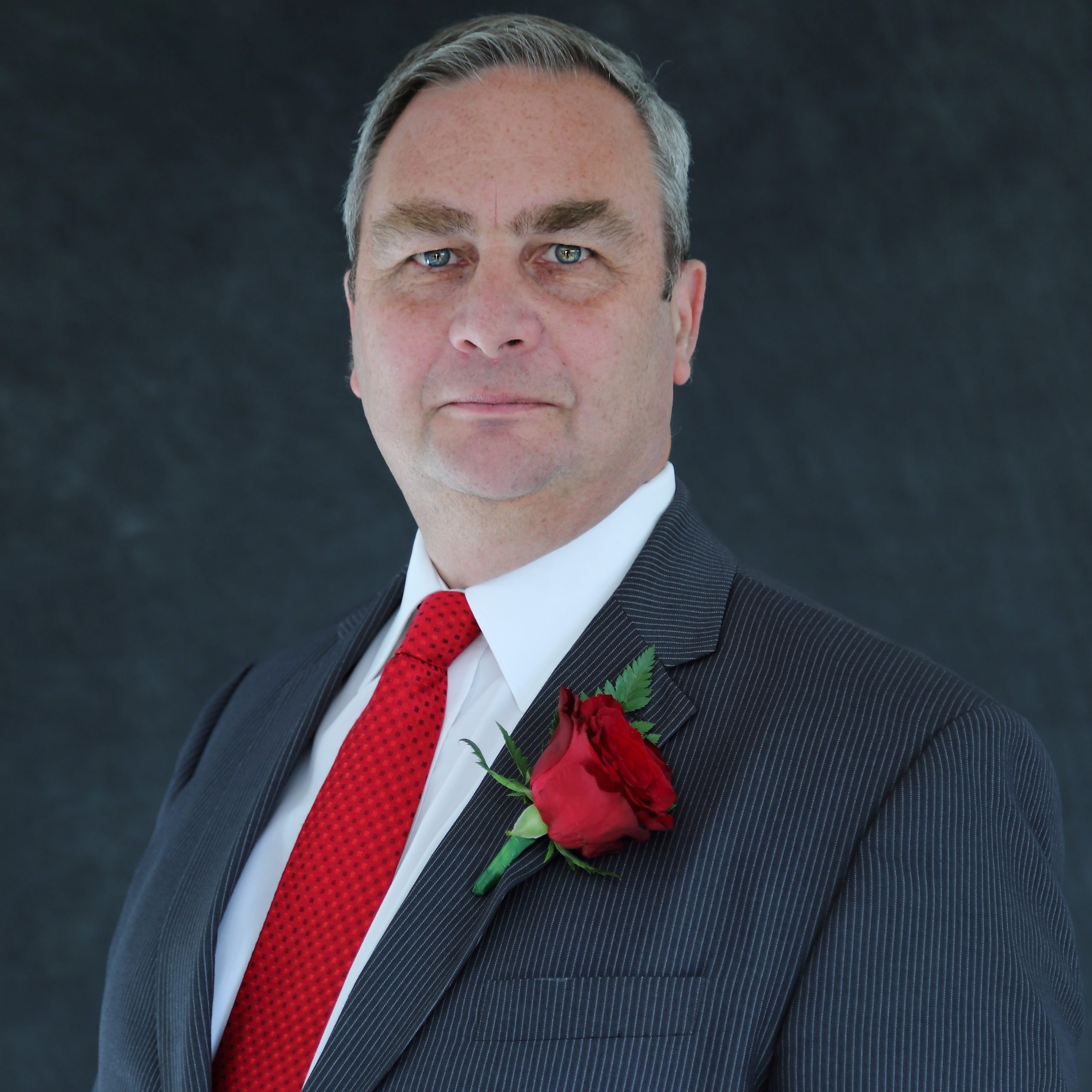 John Burden is the Leader of Gravesham Borough Council. He has been a member of the Council for over 34 years and is a Freeman of the Borough. After gaining his degree John qualified as a Chartered Building Surveyor and has worked within the building and property industry ever since. He is a Fellow of the Chartered Institute of Building Engineers.In 1989 John became a member of Northfleet Age Concern, now known as Age UK (North West Kent), becoming Chair of the Board of Trustees in 2011, giving him over 30 years experience at the charity. In addition, John is Director of The Grand, a Community Interest Company in Gravesham, which provides a wide range of healthy living support from youth through to the elderly within the community. 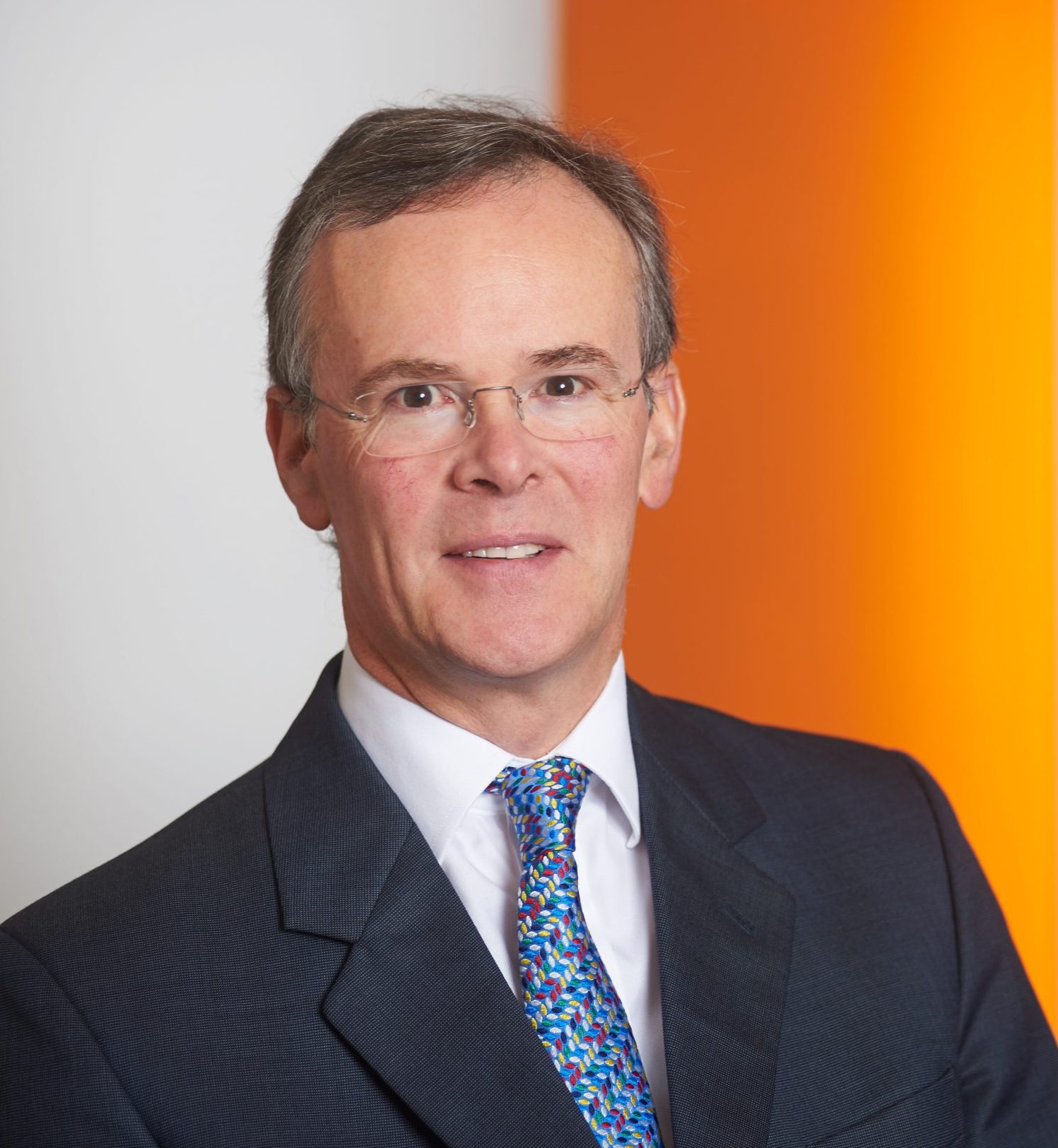 Neil is a barrister with extensive experience of compulsory purchase, parliamentary and environmental work. He was joint head of Landmark Chambers from 2015-2018.

He has appeared in the courts at all levels, including in the Supreme Court. He appears at planning and infrastructure inquiries. His recent experience includes The Tulip (305 m tall visitor attraction in the City of London), Cribbs Causeway (retail), Burgess Business Park (residential and commercial mixed use) and extensions to the Birmingham and West Midlands tram network. He acted in Parliament on petitions in relation to Crossrail and HS2. 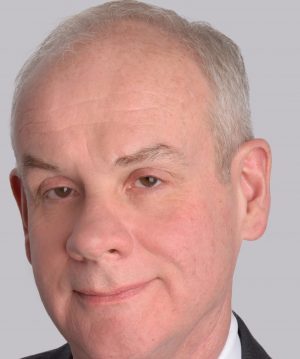 Lord Moylan joined the House of Lords as a Conservative peer in 2020. He has been involved in London and national politics since the early 1990s, as a local councillor in Kensington and Chelsea, as co-Chairman of Urban Design London and as Deputy Chairman of Transport for London under Boris Johnson.  He was also Chairman of the London Legacy Development Corporation during the 2012 Olympic and Paralympic Games. 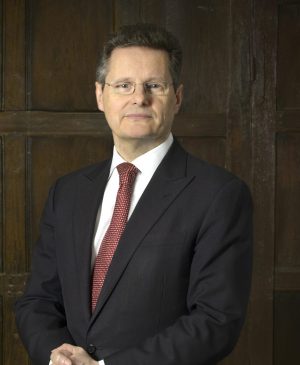 Nick is the CEO of Impact Developments Limited, part of the Impact Capital Group. He is also a Non-Executive Director of the MOD’s Defence Infrastructure Organisation. Previously, he was a 16 year Main Board Director of Quintain Estates and Development PLC and Deputy Chief Executive 2006-11. He led the Quintain team in the 5 acquisitions of its 85 acres at Wembley, and subsequent 8.5 million ft² planning consent, as well as in the obtaining of the 14m sq.ft Greenwich Peninsula consent. Prior to Quintain, Nick was a partner for five years in City law firm, S J Berwin &Co, where he specialised in real estate investment, development, hotels and town extensions. He acted for Marks and Spencer, Mount Charlotte Thistle Hotels, Blue Circle Strategic Projects, Disney and Bellsouth. 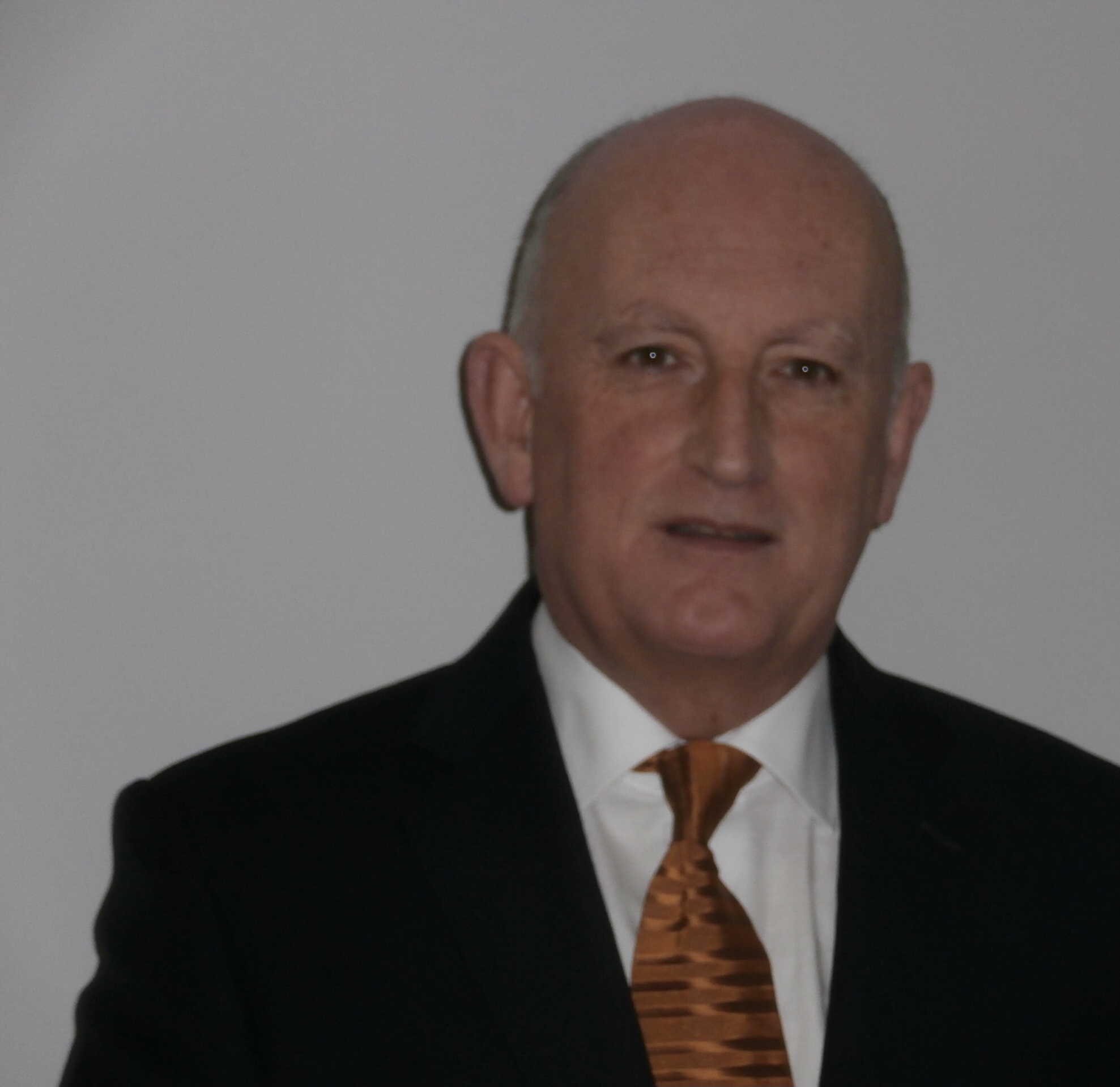 Born Folkestone (Kent) March 1958. Married to Alison and currently lives in Walmer (Kent).  He was educated at St Edmunds RC Secondary School Dover, and studied at the University of Kent at Canterbury where he was awarded an MBA in 1997.  He retired in 2015 but previously worked for British Telecommunications Plc as a Senior Programmes Manager on projects for major global customers. Prior to Joining BT, Derek worked for National Westminster Bank PLC in their international money markets division and latterly in the bank’s internal security department.

Whilst working for BT, Derek was also a reserve Army Officer in the Territorial Army(V) Royal Signals and on several occasions commanded regular army units on major NATO exercises on the North German Plain. On retirement he became interested in local politics and in May 2015 was elected to Dover District Council representing Walmer Ward. In May 2017 Derek was also elected to represent Deal & Walmer at Kent County Council, and was successful again in May 2019 & May 2021 and was re elected to DDC & KCC. As well as representing Walmer & Deal, he is currently a Cabinet Member on both councils, covering Social Housing & Dover Port Health Authority (DDC) and Economic Development (KCC). In addition to Derek’s political life, he is a governor of two local schools in Walmer. To relax, he enjoys reading and has particular interest in the Napoleonic Wars. When not reading or delving into political matters, Derek enjoys long distance walking and can chalk up the Pennine Way, Offa’s Dyke, Hadrian’s Wall & the South Downs Way amongst his walking achievements. 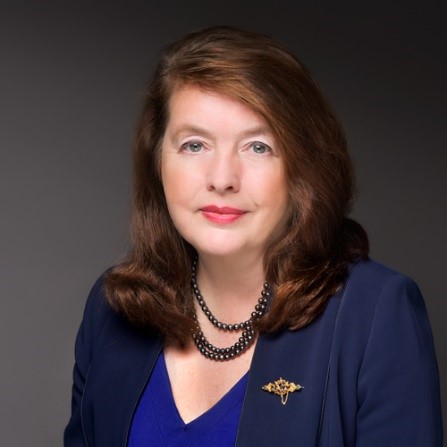 Valerie was previously a NED at Places for People Group managing 182,000 homes and £3Bn assets, and Chaired Swan Housing, managing 11,000 houses, a construction company and MMC factory. She currently runs Le Vaillant Owen Consultancy, Chairs the Centre for Engineering and Manufacturing Excellence and holds a Ministerial appointment to Trinity House Lighthouse Board. In 2001, Valerie received an OBE for services to Architecture; she is an Honorary Fellow of Cardiff University, and Past Master of the Architect’s Livery Company. Valerie received the 2015 National Women in Construction Lifetime Achievement Award, the 2016 CBI’s ‘First Woman’ Built Environment Award, and a 2017 National Sunday Times NED of the Year Award.  She lives in east Kent with her husband and three daughters and is actively involved with the RNLI and Girlguiding. 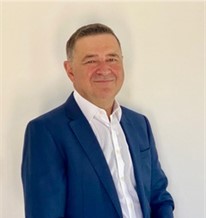 Fred has held senior executive and non-executive positions in many of the UK’s largest, most complex and highest profile infrastructure businesses. As Chair of Agilia Infrastructure Partners, he remains active as a senior adviser to Government departments and agencies on the governance and commercial delivery of the UK’s strategic infrastructure. He is Chair of AWOL London Limited, a registered provider of social housing operating in West London and has recently retired as Chair of Shiplake Parish Council and of its Planning and Neighbourhood Plan Committees.

Fred has had extensive experience as a non-executive director across a range of public and private sector organisations, including the UK Green Investment Bank, Local Partnerships, and the Railway Pension Scheme. The bulk of his career has been devoted to the financing and commercial management of UK infrastructure as CFO of Eversholt Rail, Finance Director of Heathrow and financing director of Network Rail.

He has served for two spells at HM Treasury, first in the Treasury Private Finance Taskforce and subsequently as Head or Rail and Airports at Infrastructure UK. Fred’s professional background was as a senior banking solicitor and infrastructure banker. 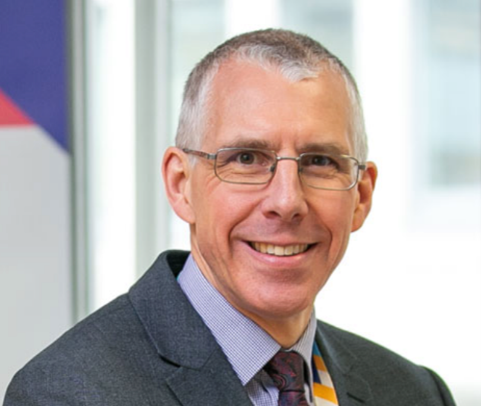 Simon retired from his role as CEO of the East West Railway Company (EWR Co) in March 2022, having successfully established the company and secured funding for the first stage of the project which will connect Oxford and Milton Keynes. He had joined EWR Co from a long career leading the development and delivery of major infrastructure projects and most recently was the Major Programme Director on the Thameslink Programme. This complex project included the re-building of London Bridge station, extensive railway systems work and the first in class deployment of digital railway technology.

Simon is the Deputy Chair of the London Legacy Development Corporation which is responsible for securing the legacy from the London 2012 Olympics, including the creation of new residential developments and a cultural and education district in the Queen Elizabeth Olympic Park. He Chairs their Investment and Health, Safety & Security Committees. He also provides strategic advisory support to a range of organisations involved in rail and wider infrastructure delivery work. He is a Fellow of the Institution of Civil Engineers.