Two key sites have been bought by Ebbsfleet Development Corporation as part of its drive to improve connectivity for residents and businesses and offer a wider range of housing in the Garden City.

It has bought Station House in Northfleet (below) which will be key in providing a vital new link between Ebbsfleet International and Northfleet Station.

The corporation plans to create a major new pedestrian walkway which will link the two stations (below left) as part of its plan to create a new centre for the Garden City around the international station. 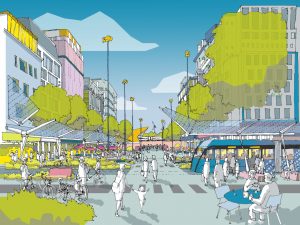 The land could also be pivotal if Crossrail is extended to Ebbsfleet Garden City, giving residents and businesses a direct access to places like Heathrow Airport for the first time.

The corporation has also bought a site in Milton Place, Gravesend, (below right) which it plans to bring forward for new forms of housing that will widen the choice in the local market.  This could include new homes aimed specifically at older people.

It is the first time the corporation has bought land, investing in the region of £1.6 million for the two brownfield sites which have a combined area of 2.4acres.

Ian Piper, Chief Executive of Ebbsfleet Development Corporation said: “These are two very important sites  in terms of helping us to deliver improved connectivity, and providing a greater choice of new homes in the Garden City.

“Our plans include creating a new link between Ebbsfleet International and Northfleet Station – giving residents of Ebbsfleet Garden City an easier and more direct path between the High Speed train service into London and the North Kent line for other parts of London and Kent.

“With the land purchased in Milton Place, we will work closely with Gravesham Borough Council to deliver a new development on this derelict piece of land close to the town centre, that will provide a range of homes not currently being provided in the Garden City, giving people more choice about the type of home they wish to buy or rent.”

The Garden City currently has about 3,350 new residents. A new primary school opened in September 2017 as well as a new hotel and pub.

Plans for a second pub in Castle Hill will shortly be submitted as work has already started on a new village centre there. The Co-op was recently announced as the first retailer for the village. 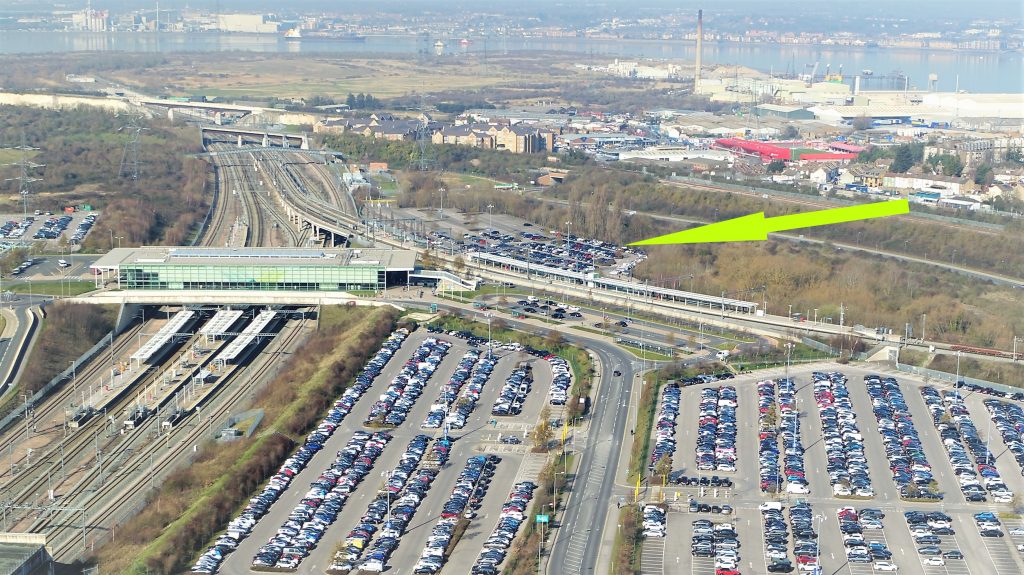 The route from our new site to Ebbsfleet International