People walked across Ebbsfleet Garden City’s new bridge today as it opened to the public for the first time.

Three local residents who were among the first to cross, will use the bridge which connects Springhead Park to Ebbsfleet International every day to commute to work – with one resident saving £1,128 a year in parking fees. 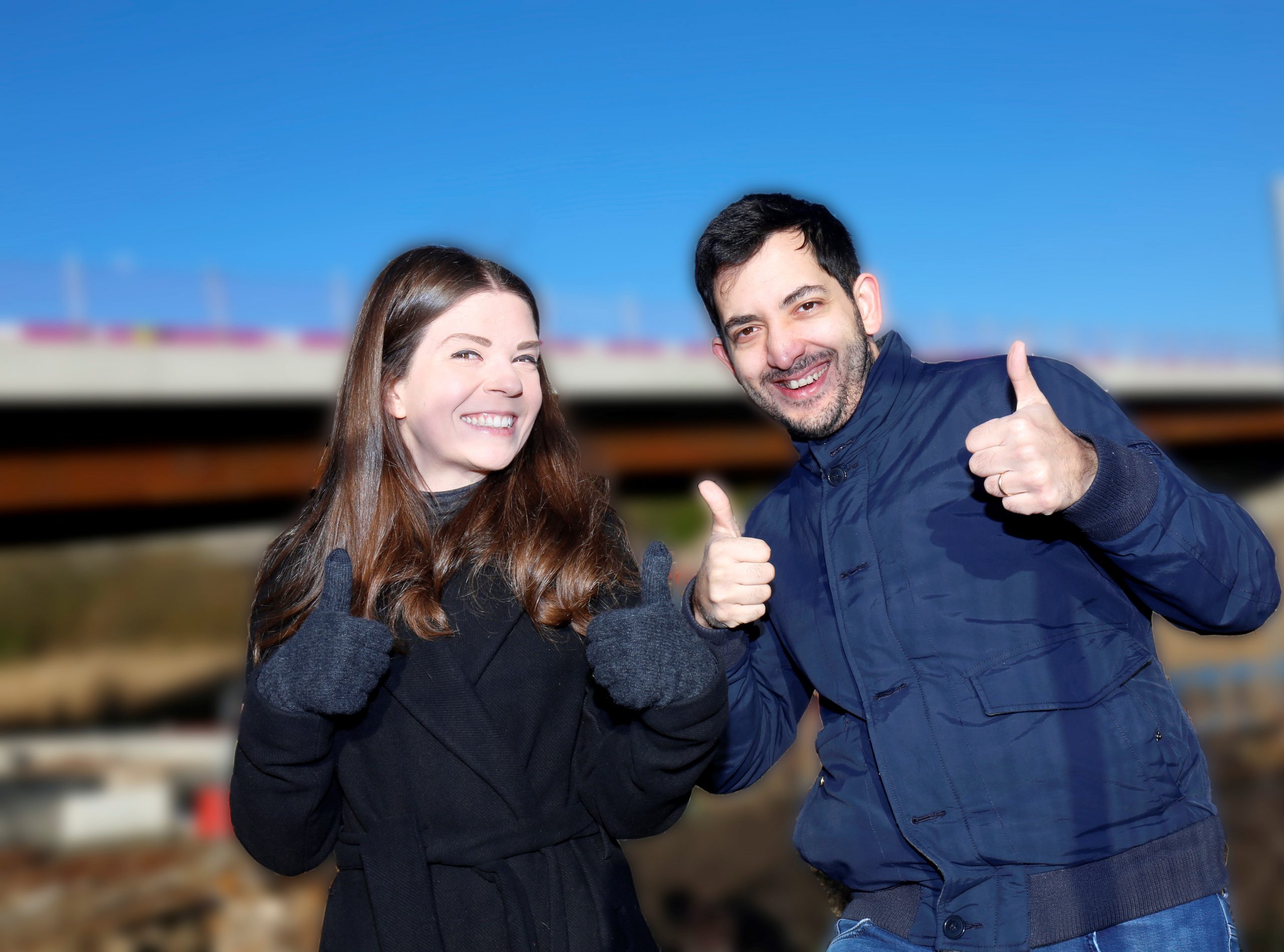 The bridge which opened today following two years of construction was delivered by Balfour Beatty and procured through the Scape National Civil Engineering framework.

Daria Ryndina, (above left |)29, who moved into Springhead Park in October, was one of the first across as her home is close to the bridge.

She said: “Thanks to the bridge, I’ll be getting home a lot quicker and saving on the cost as I have had to use the bus until now. I’ve seen the bridge being constructed and I can see Ebbsfleet Station so it’s been quite annoying to be so close and yet a 30 minute walk away. I’ve been waiting for the bridge to open and this really is going to change my life.”

Giordano Langella, 30, (above) who has lived at Springhead Park for three years, says his new walk means he can catch an earlier train and save money on parking fees.

Susi Lewis-Tuck, 61, has also lived in Springhead Park for three years and her new journey will help her save more than £1,000 on parking costs. She currently only walks during the summer months, when she says it is less dangerous than using the old route.

Springhead Bridge will reduce the reliance on the car for residents at Springhead Park and they will be able to walk to the station on average in eight minutes. 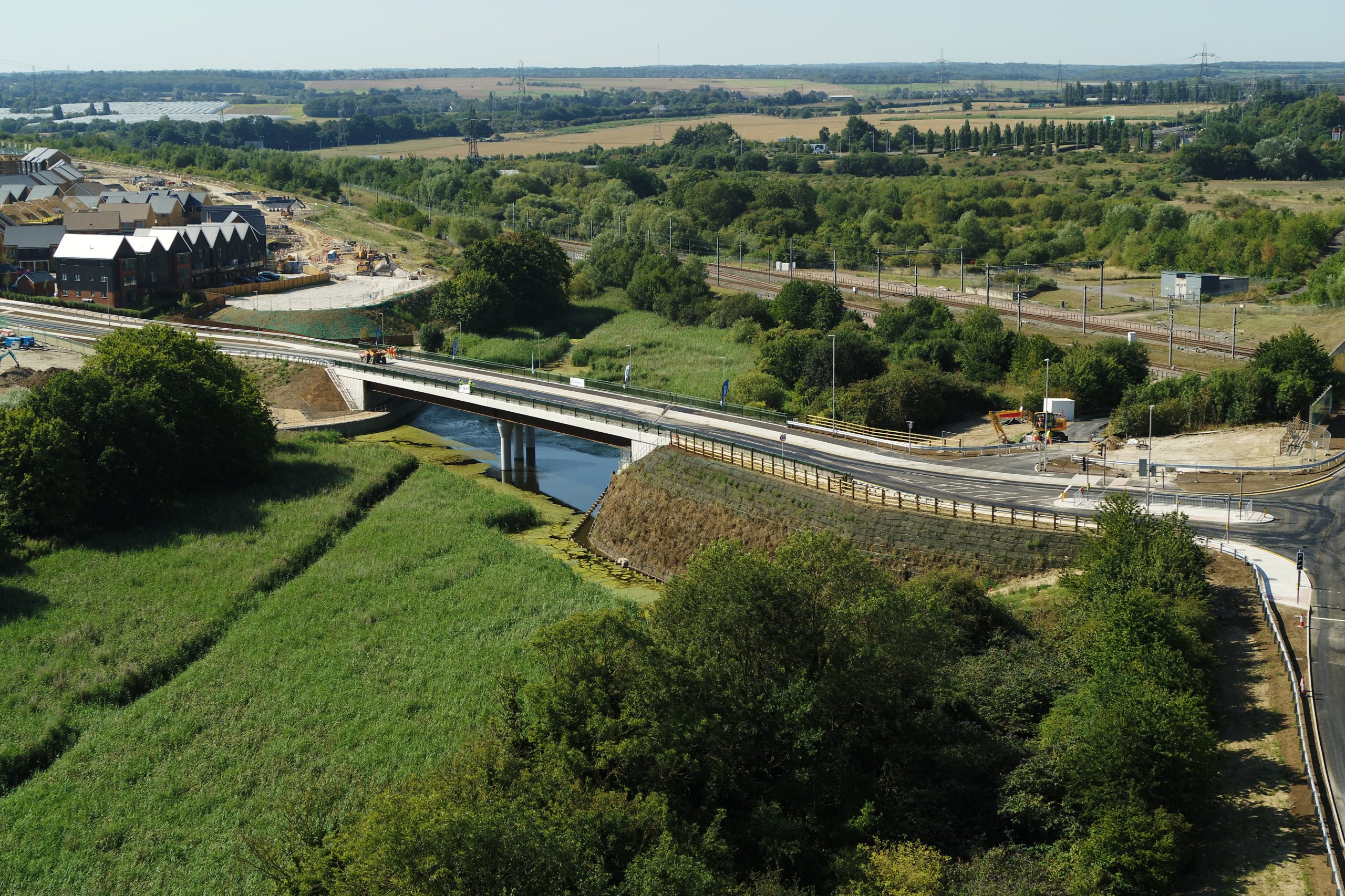 Work started in May 2018 with residents closely following the project at each stage, thanks to drone footage carried out and published by Ebbsfleet Development Corporation.

Julia Gregory, Director of Projects with Ebbsfleet Development Corporation, which has built the £16million bridge, said: “This bridge will provide an easy route on a dedicated walking lane for residents of Springhead Park who want to leave their car at home and get to Ebbsfleet International and the future Ebbsfleet Central Area.

“It will also provide a cycle track and access for all vehicles including a new Fastrack bus route. We’re delighted the bridge has been so well received by residents.”

As well as a dedicated walking and cycling route the bridge also opened to the first vehicles today.

Mark Robinson, Scape Group chief executive said: “Helping to improve the environment through a reduction in car emissions, whilst giving the community a much needed boost to their disposable income are great outcomes for this project and so, this fantastic bridge couldn’t have opened at a better time.

“Ebbsfleet Development Corporation and Balfour Beatty have forged a collaborative relationship to deliver a project works so well. We’re proud to have helped accelerate, performance manage and deliver a lasting legacy for the people in the local area.”

Nick Osborne, Balfour Beatty Regional Director of Operations in the South of England, said: “We are delighted to have completed works at Springhead Bridge, with the first pedestrians crossing the bridge today.

“The safe and efficient delivery of this project is testament to the skills and expertise of our dedicated team and local supply chain who are proud to be creating a positive lasting legacy for the travelling public in Ebbsfleet.”

Ebbsfleet Garden City now has more than 2000 homes with approximately 5,000 new residents. It’s first primary school opened in 2017, two more will open this September and a planning application for a major secondary and primary education campus has been submitted.

A pub and hotel opened two years ago and a second has already been approved by the corporation’s planning committee.