A major new education campus that will cater for children from 3 to 18-years-old and includes Ebbsfleet Garden City’s first new secondary school has been approved.

As well as the secondary school, the  campus will also  include a primary school with a nursery and a sports centre that can be used by the community along with an all-weather 4G pitch, cricket pitch, running track, four football pitches and three tennis courts.

The secondary school, the first to be granted permission by Ebbsfleet Development Corporation’s planning committee in the Garden City, will be 8 form entry and joins three primary schools already in the area, two of which are open, and one is being built. 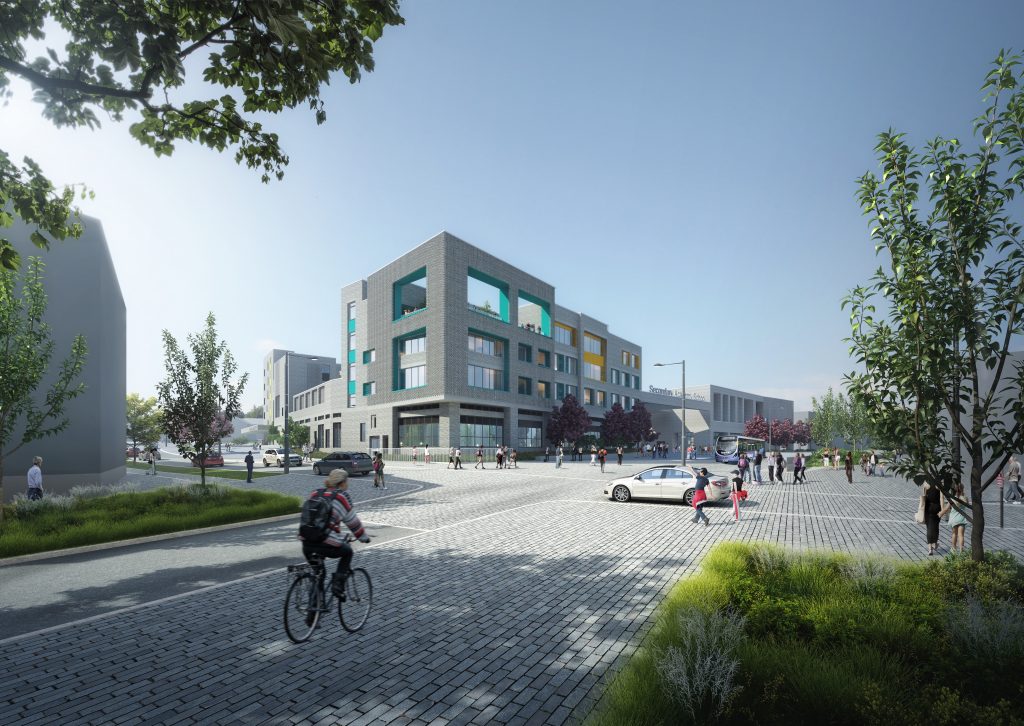 That means only nursery school children will be allowed onto the campus to be dropped off by car as part of the Ebbsfleet Garden City healthy design guidance, with the car park protected by a barrier.

The schools and facilities will occupy an 11.1 hectare site, making it one of the largest educational facilities ever to be built in Kent.

The sports facilities are aimed at supporting more than 500 users at any one time and will be designed to a Sports England specification.

The development in Whitecliffe is the largest part of the Garden City where up to 6,250 new homes are planned alongside, community amenities, commercial and employment ventures, and leisure facilities.

Once the education campus is completed, the facilities will be managed by Alethia Anglican Academies Trust

Mark Pullin, Chief Planning Officer with Ebbsfleet Development Corporation, said: “We are thrilled Ebbsfleet Garden City will be home to this great campus that will not only be one of the largest educational facilities in Kent but will also bring massive benefits to the emerging communities that will form over the next few years as well as those that have already made the Garden City their home.”

The scheme was described by the planning department as  demonstrating a strong commitment to design quality at every scale, from the strategic master planning of the campus and its integration into the surrounding village, through to the consideration of ventilation and solar access of individual classrooms and the set-up of  outdoor learning spaces.

The primary school and nursery will accommodate 446 pupils aged 3 – 11, while the secondary school will provide space for 1,680 students aged 11 – 18 years and will include a specialist-resourced provision for pupils with autism.

Also approved tonight were plans for 126 new homes at Ebbsfleet Green, an existing community in the Garden City.

The one- and two-bedroom homes will have 47 affordable homes including five wheelchair accessible properties.

It is the last phase of the development by Redrow, which moved its south east headquarters to the Garden City two years ago.