Ebbsfleet Development Corporation has taken a significant step toward its plans to create a new riverside park for Ebbsfleet Garden City.

The EDC Board has approved an investment of almost £3 million as a key step toward developing a riverside park in Northfleet.  This investment will be used to acquire land and undertake detailed feasibility and design work on creation of a high quality Park around Northfleet Harbour, an initial phase of an ambitious plan to open up access to a longer stretch of the waterfront in Northfleet. 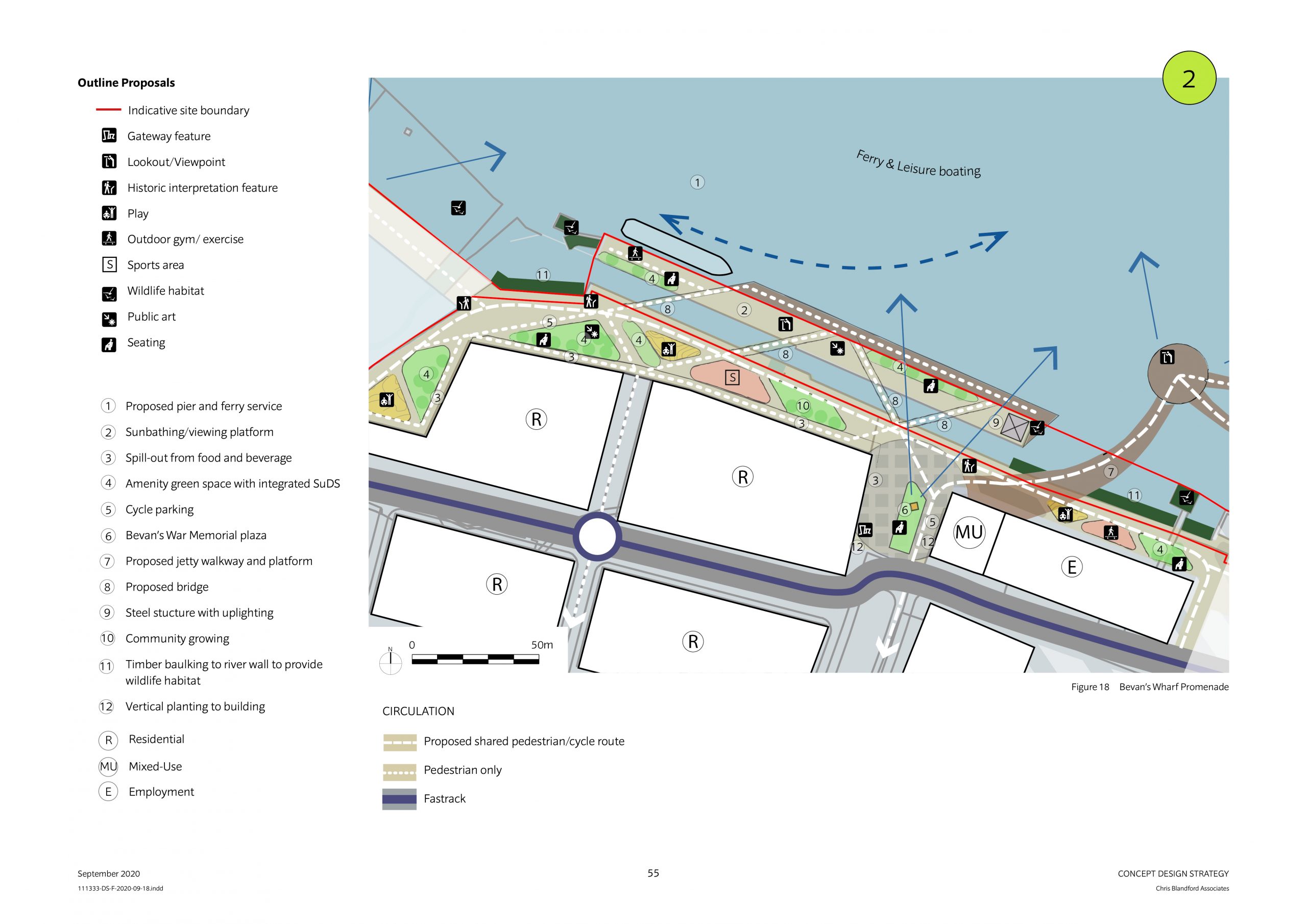 It is part of the Northfleet Riverside Park project which will eventually see an old industrial harbour and promenade open up to reveal the working heritage of the Thames.  The promenade, which would be developed in phases over a number of years as land becomes available, will maintain its industrial character by retaining historical features and materials and commanding dynamic views of this busy part of the Thames.

It will transform the harbour with apartments, eateries, waterside business space and community uses to create a vibrant waterside leisure destination for residents and visitors.

Ian Piper, Chief Executive of Ebbsfleet Development Corporation, said: “This new park is one of seven proposed by the Corporation throughout the Garden City as we connect up places, and provide residents and the wider community with fantastic places to visit.

“Our long term aim is to create a riverside park that will provide joggers, walkers and cyclists with a route from Gravesend to Northfleet as well as allow people to view parts of the  Thames that haven’t been seen in more than 100 years as part of our vision to open the Garden City and maintain healthy and active lifestyles.”

To find out more about the parks planned in Ebbsfleet Garden City head here ebbsfleetdc.org.uk/projects/parks/

As a designated Healthy New Town, the Garden City is being delivered with health and wellbeing as a fundamental principle.  With increased land ownership, EDC now has the opportunity to design and deliver a new community that combines a healthy lifestyle with a carbon neutral built environment.