Ebbsfleet Development Corporation has bought its third piece of land as it continues to deliver a new Garden City.

The latest land purchase is the first step in the corporation’s aim of creating a new riverside residential quarter near Ebbsfleet United football club.

Last year the corporation carried out an  extensive public consultation when residents and businesses were asked what they’d like to see in the area.

The plans could include 450 new homes, a third of which would be affordable, restaurants, employment space, new and improved roads, a new park and better access to the River Thames.

Last year, 530 homes were approved on an adjacent site in nearby Northfleet West.

Ian Piper, Chief Executive of Ebbsfleet Development Corporation, said: “Working closely with Gravesham Council, we believe this part of Northfleet has enormous potential and our proposal will further enhance the area and create a new vibrant community on the River Thames.

“The public and businesses in the area shared our ambition that this part of Northfleet could become a thriving place to live and visit, and acquiring the necessary land is a vital step in this process.” 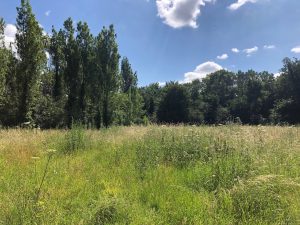 It bought Station House in Northfleet which will be key in providing a vital new link between Ebbsfleet International and Northfleet Station and  a site in Milton Place, Gravesend.

The area now has nearly 1700 homes with approximately 4,000 residents as well as a primary school, hotel and pub, with another on the way, and the first supermarket opened last month.

The Grove Road regeneration project involves acquisition by EDC from the private, public and third sectors to assemble an underused brownfield site and the delivery of a new riverside residential quarter by the private sector.