THERE’S some disparity in the average age of a first-time buyer, depending on which housing market report you read. UK Finance says it’s 30, Halifax puts it at 31 and the latest English Housing Survey states that it’s 33.

However, what’s in little doubt is the difficulty would-be buyers face in getting on to the housing ladder. Those in their 20s can find it particularly hard, because over-inflated property prices, compounded by the difficulty of finding a deposit of at least ten per cent, mean that people are forced to save for years if they don’t have Bank of Mum and Dad to fall back on. The chances of pulling together enough cash before your 30th birthday can seem remote.

But plumber George Day and his partner Emily Paczensky, a hairdresser, who are only 21 and 23 respectively, weren’t prepared to play the waiting game. 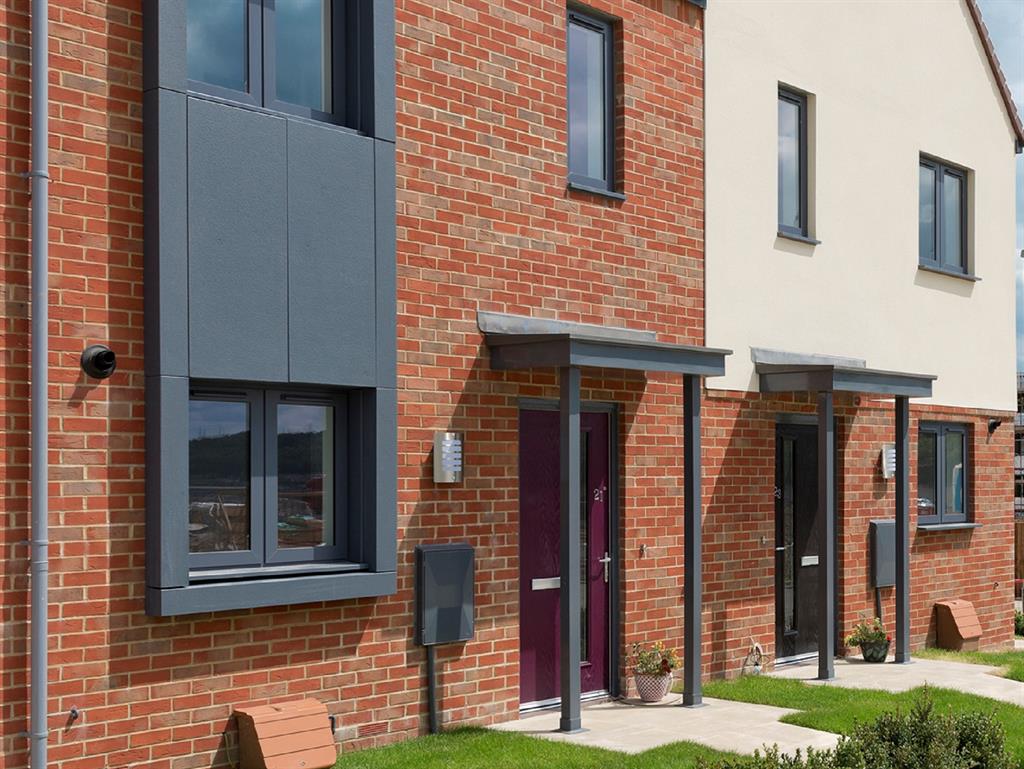 And as soon as they found out about the government-backed shared ownership scheme, which allows you to part buy and part rent your home, they realised it could hold the key to getting on the property ladder sooner rather than later.

‘We had been looking at houses for around a year and a half, but we knew we would not be able to afford somewhere suitable in London as the prices are just silly,’ says George. ‘We wanted to move into a new build as we like the freshness of it, and were attracted to the idea of putting our own stamp on things.’

He and Emily had seen a number of different developments but when they visited Clarion’s Castle Hill in Ebbsfleet garden city in north Kent they immediately felt it was right. ‘We fell in love straightaway,’ continues George. ‘The finish was much better than we had seen anywhere else and the layout is ideal.’

Under the shared ownership scheme they bought a 45 per cent share in a two-bed house, putting down a healthy deposit which they’d managed to save while living with Emily’s mum in Bexleyheath.

‘It’s great value for money, we certainly couldn’t have got anything like this if we had stayed in London,’ adds George. ‘Shared ownership is perfect for helping young people like us to get on the ladder. If you aren’t fortunate enough to inherit a substantial amount of money, buying outright is almost impossible. I’ve already encouraged all of my friends to do the same.’

He’s also impressed with the area. ‘Ebbsfleet is very up and coming. There’s so much happening here and there’s already a nice community feel. We love it. Although we both drive to work, having two train stations with quick links into London is great and means you don’t feel like you are missing out on living in the capital.’

Castle Hill is part of the garden city development, a growing community under 20 minutes by train into central London. It will comprise thousands of new homes, shops, offices, sports and leisure facilities.

Shared ownership is designed to give a helping hand to people with a household income of £80,000 or under (£90,000 in London boroughs) who are struggling to buy.

They part own and part rent a property, purchasing a 25-75 per cent share which is repaid via a mortgage and can later be increased through a process called staircasing. A deposit — sometimes as low as five per cent -is only required for the share they buy, and they pay subsidised rent to a housing association on the balance.

TAKEN FROM THE METRO NEWSPAPER