Hannah, 18, has been taken on by Balfour Beatty who are building a bridge that will link Springhead Park residents directly to Ebbsfleet International station.

She had previously worked on the bridge project, funded by Ebbsfleet Development Corporation, for a week-long work experience.

Hannah, of Southfleet, said she was inspired by staff there and that led her to apply for a role as an apprentice quantity surveyor. 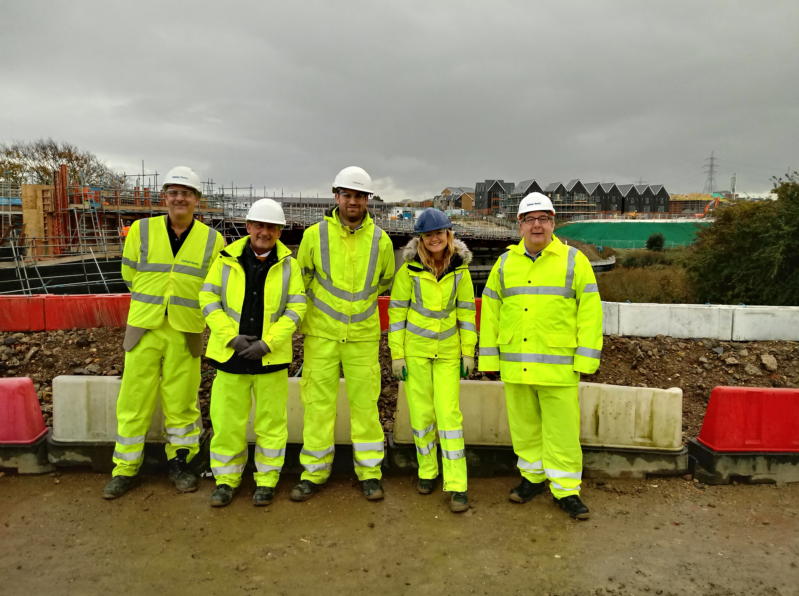 She will start her career in September on another Ebbsfleet Development Corporation-funded scheme, improvement works to the A2

Quantity surveying – like engineering – is widely regarded as a male-dominated industry.

But Hannah is looking forward to bucking the trend and has some advice for construction companies who want to attract more females to the industry.

She said: “I’m shocked so few women choose this career because as soon as I did my work experience, I knew I’d found my vocation in life.

“I think the number of women to the construction sector will increase in time and I think the sector needs to look at giving more talks in schools – especially girls schools – to inspire more women like me.

“Balfour Beatty were also at a local careers fair I attended, and it just inspired me even further”

Julia Gregory, Director of Projects with Ebbsfleet Development Corporation, said: “We were thrilled to hear Hannah landed her dream role and we’re glad our bridge was part of the inspiration for her.”

Hannah was due to take her A-levels this year, but they were cancelled due to the coronavirus.

But now she has found her dream job with one of the country’s leading infrastructure companies she says the sky is the limit.

Balfour Beatty Contract Manager, Paul Wright, said: “We are delighted that Hannah has decided to undertake an apprenticeship at Balfour Beatty following her work experience at the Springhead Bridge project, with works procured through the Scape National Civil Engineering and Infrastructure framework.

“As members of The 5% Club, Balfour Beatty support apprentices by helping to equip young people with the skills required to succeed in the industry while also importantly diversifying the sector. We wish Hannah every success with her rewarding career in quantity surveying.”